Read All About It!

Awakening Potentials in the Media

spiring story, it could be yours… 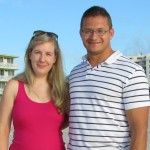 Eric Bertrand never thought the solution to his debilitating ailment would be found above a Kanata strip mall. He travelled from Halifax to find it, figuring doctors here superior to the ones back home.This was also one of few places the Naval lieutenant could work from home.

For seven years he saw dozens of doctors and had upwards of 30 hospital visits or appointments — including surgery to both calves, cutting open the tissue to relieve the growing pressure. But the surgery was the result of a misdiagnosis of compartment syndromes, which happens when a muscle becomes too big for the sheath that surrounds it.

The surgery helped but the pain eventually came back. Something was making the calf muscles overdevelop — even though he was hardly active at all any more, forcing the former Acadia football star into a desk job.

Bertrand’s pain became unbearable three years ago — he would walk a few feet and get sick to his stomach, break out in hot and cold sweats and have enough pain to warrant a morphine prescription. He couldn’t do stairs and the only way he could buy himself any relief was to spend hours lying down. His wife Ashley was left to do everything.

Once in Ottawa, Bertrand’s parents began pestering him to see an alternative medicine practitioner. He wasn’t for it. “I thought it was all just a money-making scheme,” he says. Naturopaths and the like were filed away in his mind under witch doctors and quacks. After months of pressure, he caved.

Three months ago, he made his way up the stairs to Tony Brunelle’s office with two canes and left with a prescription for something called pink root — an herbal remedy used to treat intestinal worms. Brunelle did something called muscle reflex testing. Bertrand was told to keep an outstretched arm held strong while answering questions about various organs in his body. He was to reply that the organ in question was healthy and if Brunelle couldn’t easily budge the arm, that would prove it. When the doctor asked about Bertrand’s liver, the arm slid down with ease. He repeated the process, listing different liver ailments until the arm once again slid down.

Five days later it was as though he was never ill. “I know it sounds crazy,” says Brunelle. “But it can be just that fast.” He said, like Bertrand, many of his patients come to him as a last resort. Bertrand still has the disabled parking sign from his car windshield but he’s preparing to tear it up. He runs 5 kms and 10kms easily. The best part, though — his wife stayed, and now they’re expecting. doug.hempstead@sunmedia.ca Twitter: @DougHempstead Original article on Ottawa Sun

Talk to Our Team Get Started Now!

Awakening Potentials is a close-knit team of natural health professionals and personal results experts who help individuals improve there health and achieve greater success. We've worked with many thousands of clients since 1979.

Sign up to receive updates, specials, exciting offers and so much more!

Check out our blog →